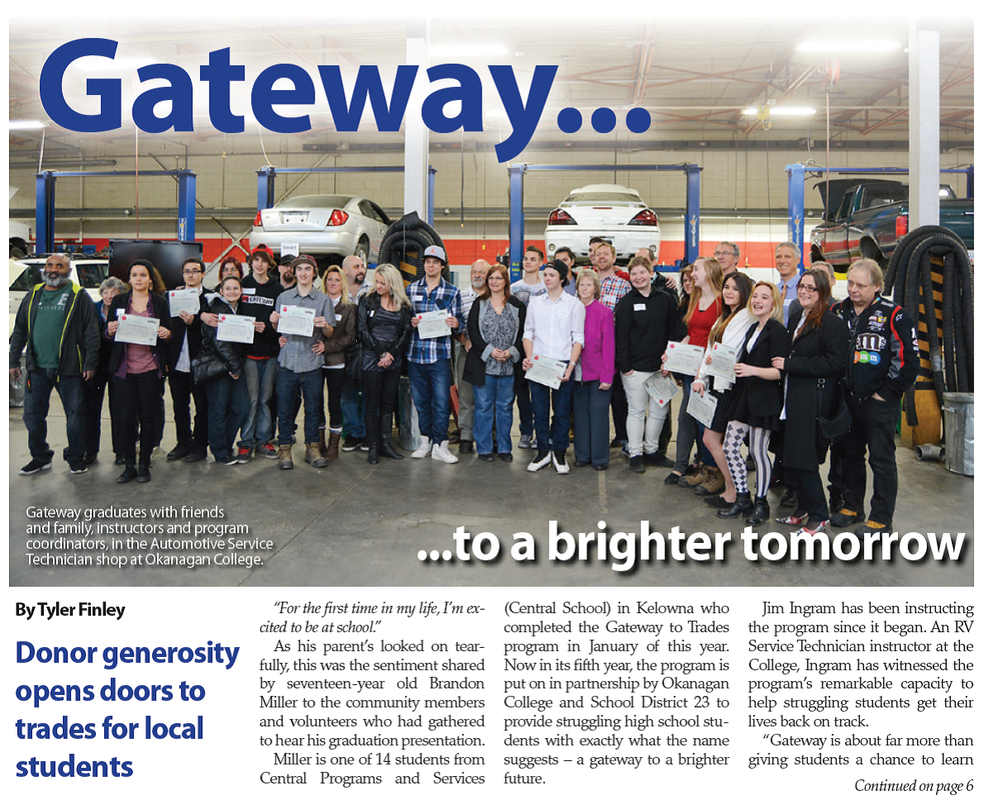 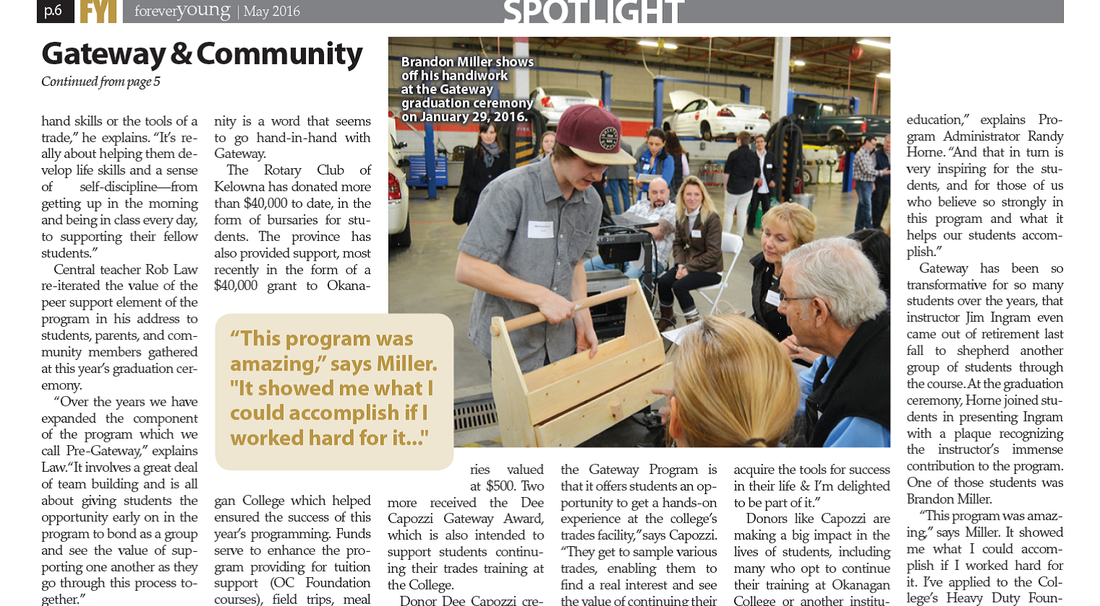 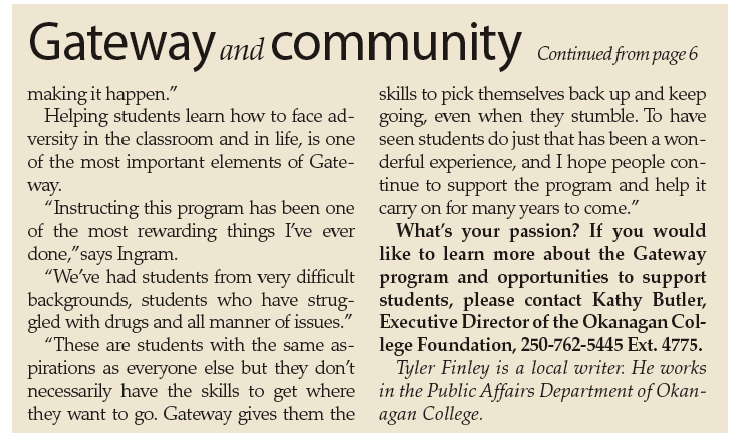 “The idea of the program is to support them through their journey of coming to the (Okanagan College), developing skills to hopefully make them successful as adults and help them move along in their careers,” said Rob Law, Central programs Gateway coordinator. Grade 12 student Camille Stanton is now pursuing a career in cooking. “I feel very proud of myself,” she said.
“I heard that I was able to enter a culinary program through this and I’m very passionate about food. I’m a lot more confident than I was before, in myself and my future. I’m confident in my ability to cook and socialize and interact but I know what I want to do now, so I’m just more confident in general.” In September, Stanton will join the culinary program at the college.
“(Because of Gateway,) I can go into this program with an idea of what’s going to be like,” she said.
The dual-credit program has been running for seven years and offers credits towards high school graduation and pursuing a trade.
“It did start off as an introduction to trades, but as the years have gone on Gateway’s more turned into to teach kids general skills to be more successful as adults,” said Law.
Previous students of the program spoke at the ceremony at Okanagan College, saying they now working towards their Red Seal certification.
“I feel successful,” said Grade 12 student Madison Marin.
She worked in the shop learning about simple skills, like the difference between a screw and a nail.
“Overall, I’ve learned teamwork and independence at the same time. I’ve learned that no matter how rough things are — a year ago I was sleeping on sidewalks, I was homeless, I was in the cold — now I have a nice warm home. No matter where I stand if I believe in myself I can make it,” she said.
She plans to pursue a career in aviation mechanics.